The Hound of the Baskervilles

‘Now is the dramatic moment of fate, Watson, when you hear a step upon the stair which is walking into your life, and you know not whether for good or ill.’

One wet spring night, Sir Charles Baskerville is found dead in the moors near his estate, a look of horror frozen on his face. No foul play is apparent, yet alongside his body are the footprints of a gigantic dog—reviving the spectre of a centuries-old curse that a black hellhound will seek vengeance on all who bear the Baskerville name.

Sir Charles’ long-lost heir, Henry, is determined to reside in his ancestral home, but after receiving an anonymous note warning him to stay away, he invites the private detective Sherlock Holmes to Dartmoor. Using his famous skills of deduction, Holmes must sort fact from fiction to answer the urgent question: is the threat to Henry’s life just local lore—or very real?

‘Conan Doyle was an expert in setting a scene in which a drama, fraught with menace and horror, will unfold. . . . ​The Hound of the Baskervilles is one of the best of [the Sherlock Holmes stories] and a good introduction to the world’s most famous detective.’
Ruth Rendell (The Guardian, 2008) 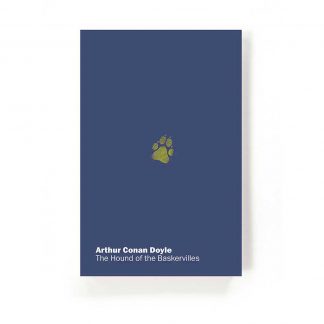 You're viewing: The Hound of the Baskervilles $8.50
Add to cart