The Age of Innocence

‘It was the old New York way of taking life “without effusion of blood”: the way of people who dreaded scandal more than disease…’

The elite families of Gilded Age New York adhered to rigid social conventions: marry within one’s circle (if not higher); if a man must have a career, make it a profession (and not an overly ambitious one); shun the new and risqué; and most importantly, never cause a scandal. For all of his life, Newland Archer followed these rules without question.

On the eve of his engagement to shy, well-bred May Welland, her unconventional cousin, Ellen Olenska, returns to New York after a disastrous arranged marriage to a Polish count. Ellen is not only unashamed to have left her errant husband, but even wants a divorce, which immediately threatens to tarnish her position and cast shadows on the very family to which Newland is tying his fortunes. As he tries to guide Ellen through the maze of New York society and steer her away from social ostracism, her independent spirit opens Newland’s eyes—and heart—to other possibilities, as he begins to see his life in a new, dangerous light.

Winner of the 1921 Pulitzer Prize for Fiction

‘There is no woman in American literature as fascinating as the doomed Madame Olenska. . . .’
Gore Vidal

‘Will writers ever recover that peculiar blend of security and alertness which characterizes Mrs. Wharton and her tradition?’
E. M. Forster 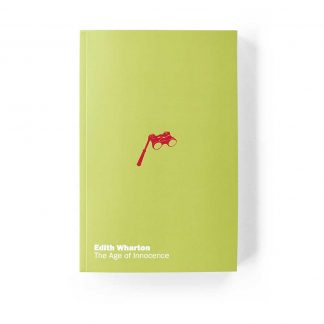