‘She had a perpetual sense, as she watched the taxi cabs, of being out, out, far out to sea and alone; she always had the feeling that it was very, very dangerous to live even one day.’

On a Wednesday in the middle of June, 1923, a British parliamentarian’s wife decides ‘she will buy the flowers herself’ for the evening party she has planned. What transpires is a walk through post-WWI London set to the inner monologue of Mrs Dalloway, and, as the hours pass, deftly shifts to the thoughts, worries, desires, and histories of those around her: her childhood beau, Peter, husband Richard, daughter Elizabeth, social acquaintances and strangers passing by, as well as the thoughts of a troubled war veteran named Septimus, suffering from PTSD.

This watershed stream-of-consciousness novel — one of the first to truly be described as ‘modern’— is a portrait of London itself on the brink of the twentieth century.

One of The Guardian’s 100 Best Novels

Includes an era-specific map of London with all major walking points highlighted. 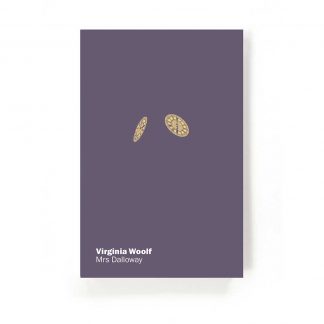