‘May you not rest, as long as I am living.  You said I killed you—haunt me, then!’

Heathcliff, a dark-skinned orphan, and Catherine Earnshaw, the cruel daughter of his wealthy benefactor, were inseparable: twinned spirits running wild on the Yorkshire moors. But when Catherine’s father dies, those around the lovers conspire to tame Catherine so she will take her place in society, and to humiliate proud Heathcliff, raised to believe he was equal to the Earnshaws and their neighbours, the Lintons, but now forced to labour as a servant.

After a final betrayal by Catherine herself, Heathcliff flees Wuthering Heights, only to reappear years later, hardened and vengeful, with a fortune and a fiendish plot to forever erase the ancient names of Earnshaw and Linton from the Yorkshire countryside . . . and to reunite with Catherine—long after her death.

‘[Emily Brontë] looked out upon a world cleft into gigantic disorder and felt within her the power to unite it in a book. . . . She could free life from its dependence on facts; with a few touches indicate the spirit of a face so that it needs no body; by speaking of the moor make the wind blow and the thunder roar.’
Virginia Woolf

‘A fiend of a book—an incredible monster.’
Dante Gabriel Rossetti 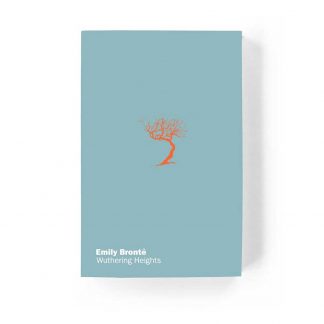